By Jamie Carter May 26th 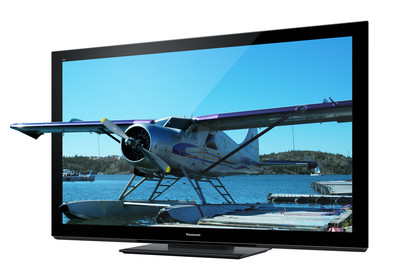 Having worked on Star Wars with George Lucas and Aliens with James Cameron, Rick Dean knows a thing or two about making sure audiences experience movies the way filmmakers originally intended. And in the 3D era that’s exactly what Dean, senior vice president at sound and picture guru THX, is fighting to achieve in the home. “Whether someone gets up in the morning planning to buy a 3D TV is almost irrelevant,” says Dean of his theory that 3D TV adoption at home is inevitable. “Come the end of the day that person very well might own one because these 3D panels that are being considered by consumers are also exceptional quality 2D panels.”

The problem with the future of the 3D home isn’t the TVs themselves – most mid-to-high-end models are 3D Ready, like it or not – but the “lack of content,” says Dean. “We went through a rather interesting time in the last year. There was a lot of momentum behind 3D displays, but rather less behind 3D content, which is sorely needed. I believe fully that 3D is going to be a component in everybody’s entertainment experience; it may not be the number one draw but it will certainly be an important part.” Dean also admits that it could very well be gaming that drives 3D adoption in some homes where “the 14-year old owns the remote control”.

For film directors, Dean thinks the advent of 3D is a huge step forward, but that we should look beyond even a home cinema for its future. “It adds to storytellers’ arsenals of tools to tell their stories, but the attention-grabbing qualities of stereoscopic 3D images means it’s not just entertainment that benefits from 3D. It’s only one part of 3D technology, with digital signage also going 3D, while there’s a lot of innovation in education, medical and desktop 3D applications in the office.” As a video purist (you’ll find THX Certification – something that allows Hollywood-grade video calibration at home – on new TVs from the likes of LG and Panasonic) that thinks 3D brings new opportunities for film directors, it’s no surprise that Dean isn’t so keen on some of the ‘faked’ 3D content we’ve seen so far. “3D conversions have come out and it’s evident that they’ve used 3D as an extra edge to generate ticket sales; maybe the movies didn’t need 3D to be compelling,” he says. “It’s a real challenge to make a 3D experience entertaining and it doesn’t help if the viewer goes on a rollercoaster ride and the actual 3D tech is more disturbing than the movie itself.”

He compares the penchant for both ‘upconverting’ from 2D to 3D, and over-egged 3D effects in some 3D movies, to when surround sound was created in the 1980s. “Just because you can throw in some extra channels it doesn’t mean you need to load them up – that’s about wow factor, not entertainment.
“Some people walk away from 3D projects and say ‘well, that didn’t work,’ and go on to the next project. That’s the stage we’re at”

Getting 3D into the home

Dean comes across as the ultimate AV industry diplomat not through a lack of enthusiasm, but because of it; as long as something pushes us closer to a wider adoption of better technology, it’s a good thing. So the advent of the ‘passive’ 3D TV – something that involves a smaller screen and doesn’t presently show a 3D Full HD picture to each eye – doesn’t worry a purist like Dean in the slightest: “We should never settle for second best, but if it’s good looking, works easily and everyone can use it, that’s what we’re after – home entertainment shouldn’t be a science project. We are selling entertainment so the number one job is to get it out there in the market; there’s no reason not to have a mixture of tech that serves everyone.”
Dean admits that he can detect a little bit of difference between active and passive 3D TVs, but insists, “It doesn’t affect how the movie comes through.” “Ghosting is what really disturbs me,” says Dean. “Most consumers don’t know what it is, but it can be very tiring. That’s not entertainment and that’s not the reason why movie directors slave over trying to create a certain effect.” Cue THX 3D Certification, a relatively new feature found on 3D TVs that seeks to level the playing field.

As Governor of the Society of Motion Picture and Television Engineers in Hollywood and chair of the 3D@Home Consortium, what Dean is trying to achieve is uniform quality. And that’s exactly what his latest idea, THX Media Director, is all about. It’s essentially some metadata stored on compatible Blu-rays discs and DVDs that talk to compatible displays to optimise the TV automatically.